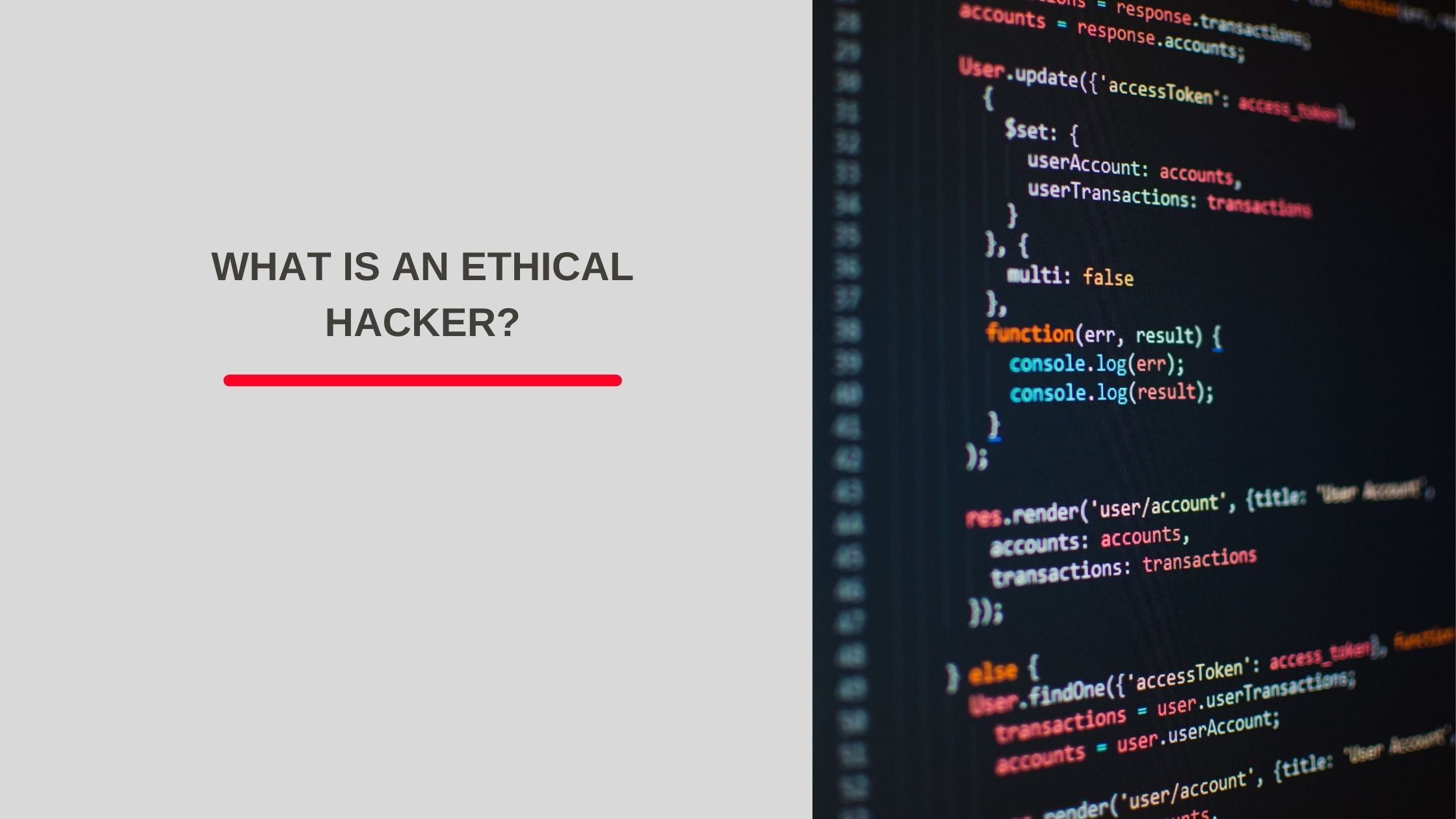 What is an Ethical Hacker?

If you’re familiar with the phrase, “It takes one to know one” then you’re on your way to understanding ethical hacking.

Ethical hackers are tactical security experts who hack systems to test and evaluate the efficacy of security measures. They’re also known as “white hats” – as opposed to malicious or “black hat” hackers, a comparison inspired by Western films.

The five phases of ethical hacking

Clearing tracks – The final step involves trying to hide any evidence that they were able to enter the system – e.g. clearing history logs or uninstalling applications used.

What is the difference between penetration testing and ethical hacking?

How do you become an ethical hacker?

The term ethical hacker encompasses many altruistic cybersecurity professions. Many IT and cybersecurity consultants may have responsibilities that encompass hacking their organization’s security systems.

Ethical hackers are in high demand, across all industries and companies. There is a significant shortage of skilled cybersecurity professionals. As of November 2021, CyberSeek estimated there were over 460 000 unfilled cybersecurity roles in the United States alone. And over 190 000 of those were for “protect and defend” category positions, such as ethical hackers.

Ethical hackers come from a variety of backgrounds. Some may be reformed “black hats” – the NSA once famously recruited at Def Con, the world’s largest hacking conference. Some ethical hackers may be Security Engineers, Network Consultants or Security Analysts with extra responsibilities.

Most ethical hackers have IT experience, whether that means a degree in Systems Networking or Computer Engineering or previous work as an IT consultant. Many have additional training in ethical hacking from a certified program. The best known is likely the Certified Ethical Hacker program, administered by the EC-Council.

Do you need an ethical hacker?

If you want to prepare and shield your organization against sophisticated cybersecurity attacks, you’re not alone. Not only is the prevalence of system attacks rising, but the cost per attack is increasing too. According to research from IBM, the average cost of a data breach rose from US$3.86 million in 2020 to US$4.24 million in 2021. So you can’t afford to be vulnerable.

If you want to outsmart hackers, you need to think like one and ethical hacking is one of the best methods.